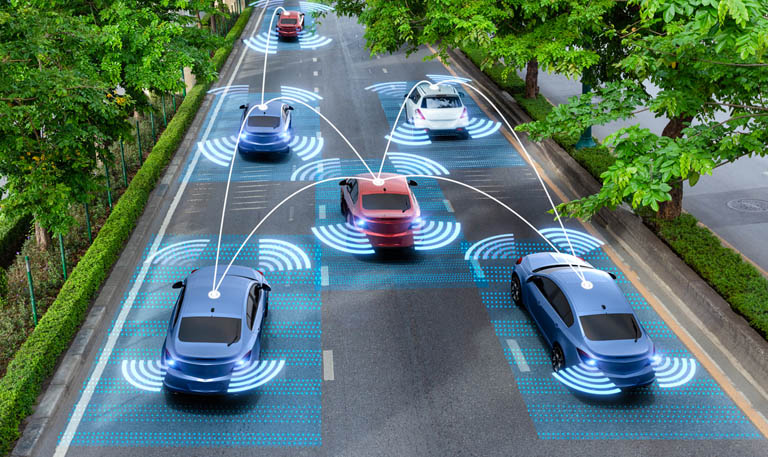 What’s here now and on the horizon

Back in the day, robots were mostly a thing of fiction: Androids like Gort, a rubber-suited giant in The Day the Earth Stood Still, or that arm-waving alarmist in Lost in Space (“Danger, danger, Will Robinson!”). But now, as we hurtle through the 21st century, advanced technologies are fast becoming a reality, promising to make life easier for everyone, especially older people.

“With robots, it depends on what you mean by that,” says scientist and inventor Dr. Richard Caro, co-founder of Tech-enhanced Life, a public-benefit corporation that explores aging and technology to improve quality of life.

He notes there are already many kinds of robots in existence. “Roomba is a robot that vacuums floors. There’s Alexa, which is an Artificial Intelligence. But a human-like robot? That’s a long way off.”

While an erudite C-3PO may not be in our immediate future, there are plenty of companies rolling out so-called social robots.

“That refers to any kind of robot that can communicate in a social way,” says Shabnam FakhrHosseini, a research scientist at the MIT AgeLab in Boston. The program works with private and public sectors, researching life-enhancement technologies for older people and their families. “These social robots can have a conversation, an emotional reaction, even make gestures sometimes,” she says. “They’re being made in different shapes and forms, like a pet. Some are more mechanical. They can be used for different purposes, such as educating kids, helping with housework, and providing companionship.”

Examples include ElliQ, which looks like a household spotlight-lamp next to a desktop tablet. Billed as a care companion for older people, ElliQ can tell jokes, offer reminders, and a myriad of other sociable interactions.

While ElliQ isn’t warm and fuzzy, products made by the company Joy for All are decidedly cute—furry, lap-friendly dogs, cats, even a bird. These cuddly animatronic pets purr, meow, and wag. They’re also affordable, most under $200.

Compare that to the $3,000 Aibo by Sony. An impressively smart puppy that uses Artificial Intelligence to learn about its surroundings and owners, Aibo responds accordingly.

Another tech category that’s both pragmatic and cool is the plethora of gadgets known as wearables.

A product aptly nicknamed “bonephones” offers an alternative to wired and wireless earbuds. Working with any Bluetooth device, the one-piece, bone-conduction headphones fit around the neck, resting just in front of the ear—not in the ear. Because sound moves through the bones of the jaw and skull into the inner ear, the device may be helpful to people with hearing aids or who have hearing loss. Recent convert NancyEllen Regier, 65, uses them for music and audio books. “You don’t have to be tethered to anything, plus safety is a factor. I can still hear what’s going on around me.”

“There’s an emerging ‘agetech’—technology for aging—with consumer electronics,” Caro says. “For instance, there’s a class of products for older people that are ugly and stigmatizing, like medical-alert buttons worn around the neck. But now we have things like the Apple watch that have fall-detection capabilities. So you can have similar functions in a desirable and trendy form.”

Caro adds devices that don’t have the same wow factor still help in daily routines. “Gadgets to help open jars, clip toenails, get in and out of cars, shut the blinds or turn on lights. They’re not flashy, but they make a big difference. And for the future, we’re looking at smart-home technology. There are some features out there already but they’ll get even better.”

Smart homes are connected through the Internet, allowing residents to remotely control home systems including security, appliances, temperature, and entertainment. Just how much better smart homes will become is part of a project FakhrHosseini works on at the MIT AgeLab. “There’s not a consensus or common language about what smart homes are and what they do, which is confusing and affects consumer literacy,” she says. “So we created a framework of standards, using five levels that define different types of current and future homes as well their levels of automation.”

The levels go from a basic home, dubbed “Traditional,” with pre-programmed devices, little to no inter-connection, and linked to the outside only via public utilities and delivery services. Each successive level offers increasingly complex, interactive and reactive technology, culminating in an eye-popping future of automation, the level-five “Companion Home,” which has profound awareness and sensitivity to the needs and emotions of residents, while being fully connected to the smart regions in which they live.

Depending on who you believe, another game-changing technology is either just around the corner or just another pipe dream: The self-driving car or autonomous vehicle (AV).

Thanks to apps like Uber and Lyft, autonomy of movement is already possible for older people, but a car that drives itself represents real freedom.

Some newer cars on the market have AV features. They parallel park, warn of drifting lane changes, brake for collision avoidance, adjust speed to maintain distance from cars ahead, and alert the driver to cars in the blind spot. But true driverless vehicles are still in the testing phase in several cities, including San Francisco, with its robotaxi trials.

In addition to independence, AVs may also offer a measure of safety. Despite some crashes and deaths, industry experts think self-driving vehicles may well be safer than having a human make all the decisions. They point to grim statistics—thousands killed every year in car accidents, a number that may be reduced with the advent of AVs. For now though, people will have to monitor the machine and be ready to jump in if needed.

No matter our lofty dreams of high-tech advances, if they are to be a true helpmate, a companion, a useful service to older adults, they must be accessible, says Caro. “The question is not whether a flashy bit of technology exists. The question is, does it exist in a way where you don’t have to be a tech aficionado to use it? That’s the key.”