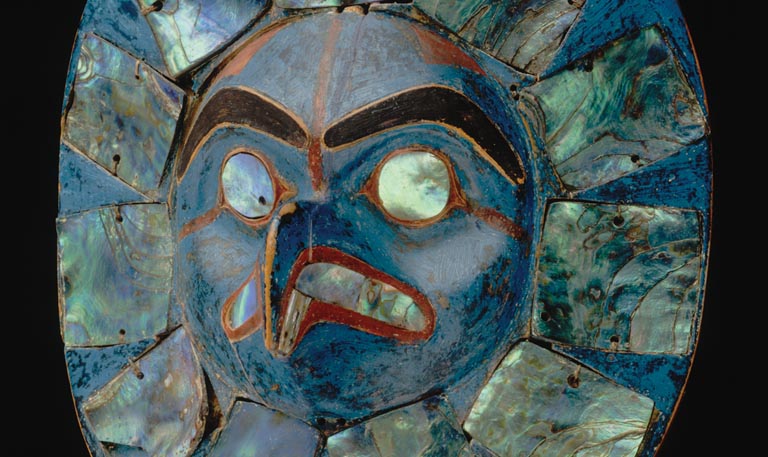 New manifestations of an age-old romance

Art and nature are fast friends. In fact, art essentially evolved from the natural world. Consider the pre-history cave paintings in Europe, the music inspired by bird songs and other natural sounds, and the still lives of flora and fauna in classical paintings.

Many modern visual and performing artists are well aware of the value of nature—and the ecological perils we face from climate change and the extinction of many species. In an infinite variety of ways, their photos, plays, musical compositions, and other artworks reflect (directly or indirectly) their love and concern for the environment we all share.

Here are some examples of such creative expressions offered this spring in public shows around the Puget Sound region:

You are On Indigenous Grounds: Places/Displaces

This Seattle Art Museum exhibit is an acknowledgement that the ground we walk on was once inhabited by the indigenous people of this region, people who had a different, often sacred relationship with the lands they occupied. According to the museum, the artists in this show “use traditional and contemporary visual expressions that acknowledge the interconnectedness of humans and the land and the critical need to protect the earth against degradation. Traditional art forms like basketry, wood carving, and weaving are storehouses of memory, marking ancestral origins and movements across the landscape. New forms of storytelling in painting, printmaking, and video create new spaces for justice and understanding.”

Imagine that a 20-year drought has devastated a city’s water supply, and citizens can only use public facilities owned by a greedy corporation. That sounds more plausible than it might have back in 2001, when this Tony Award-winning crowd-pleaser (on its way to Seattle’s ACT Theatre) romped on to Broadway. Spoofy and spirited, the comic tale satirizes the musical genre (with jests at Les Miserablesand other well-known shows), while posing some hilarious (and timely) questions about citizen action, corporate responsibility, and environmental degradation.

How do architecture and design interact with climate? More specifically, within places that rain a lot (sound familiar)? Laura Bartunek, an associate architect at the Seattle-based firm Olson Kundig, won a special travel grant from the American Institute of Architects to study how people have worked with water in their designs. Bartunek investigated five major rain events in Florida, New Mexico, Kauai, London, and Norway, and spoke with architects as well as meteorologists and other experts on precipitation. Bartunek’s show at the Center for Architectural Design documents her findings in a display of illustrations and stories that may challenge and inspire how we relate to weather.

Velocity Dance Center presents this world premiere, deeply personal solo performance piece by local dancer-creator Neve Mazique-Bianco. In words and movements, she relates her coming of age as a mixed race (Sudanese Nubian and Scottish American), physically disabled child growing up in a forest on a river. Mazique-Bianco evokes her childhood rapport with the natural world, with friendly animals and butterflies, and her interaction with the darker forces she encounters on the path to adulthood.

Misha Berson writes about the arts for The Seattle Timesand many other publications, and is the author of four books, including Something’s Coming, Something Good: West Side Story and the American Imagination (Applause/Hal Leonard).