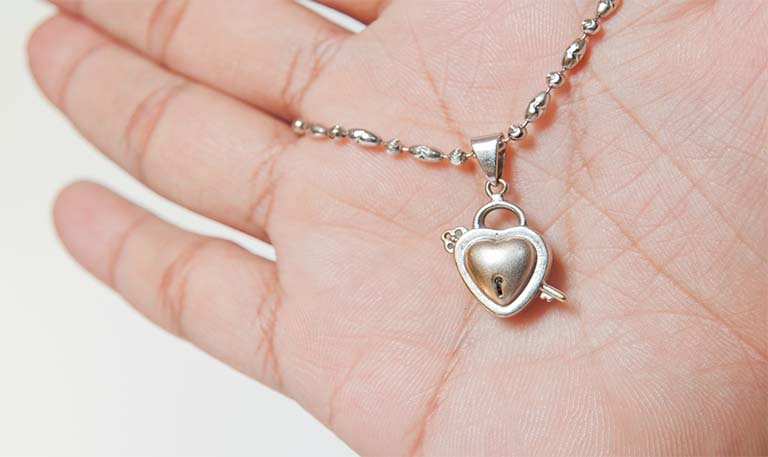 By By Chad Patrick Shannon and George Shannon - February 8, 2019

Appreciating the love you have, while you still have the chance

When I was younger and still working, I lived by the calendar on my desk. Every year, right around the tenth of February, I’d roll my eyes at the “holiday” coming up, Valentines Day. In my estimation, it was nothing more than a Hallmark gimmick, and I did my best to avoid any connection with the day. If my wife, Carol, and I went out to dinner that night, it was mere coincidence. I was a man, after all, and felt men didn’t need to really go out of their way for this one. Then again, this was consistent with my more selfish attitude back then.

But every year, as Valentine’s Day approached, Carol would ask me how we were going to celebrate. I would always wiggle out of it by suggesting we go out another night – it would be too crowded, too overpriced, too big of a hassle. In her usual way, she would accept that answer and say nothing more. Then, on the day of, I would still get a little card from her, despite my stubbornness. Though I never told anyone, I secretly looked forward to getting that envelope every year.

One February, maybe around 1999, she asked me the same question, and I gave the same response, but I could clearly see that my rejection had hurt her feelings. I thought about it all day, and decided that I’d been too harsh. If she wanted to celebrate Valentine’s Day, why should I get in the way?

We were in Hilton Head, so I went to her favorite shop, a local boutique. The owner of the store didn’t wait a second to show me a silver caged heart, which I immediately loved. Apparently, Carol had been eyeing this piece for quite some time. I came home and asked Carol out to dinner to her favorite restaurant. She looked at me like I’d gone off the deep end, but then jumped out of her chair. As we finished dinner, I surprised her with the pendant. She blinked at me with those long eyelashes and beautiful blue eyes. She looked at me like could do no wrong. But of course, I could.

Now, with me being among the worst romantics in history, I asked her if she would only wear the necklace on Valentine’s Day. In my mind, that would make it extra special, but in reality, it was a lingering vestige of my ego. She didn’t flinch. Rather, she just nodded in agreement and that’s what made Carol so wonderful: my silly rule didn’t matter to her. She accepted me for exactly who I’d been, was at the time, and would become.

Overtime, my aversion to Valentine’s Day became nothing but a small blip on our difficult map. In 2010, Carol suffered two strokes, became disabled, and relied entirely on me for her care. I soon gave up everything in my life to make sure every single one of her days was the best it could be. All day long, I’d have to help Carol out of bed or from her favorite chair, and each time I’d find her Valentine’s necklace was all bound up. By then, I’d softened my ridiculous rule and told her she should wear it “whenever she wanted,” which meant “every day.”  As I pulled the pendant away from the clasp, Carol would always take this time to thank me for all I’d done for her. Buying that pendant turned out to be one of the best decisions I’d ever made. We went through this routine until Carol died in April of 2017.

As I look back now, I know one thing for certain: despite the day-to-day challenge those were the best seven years of my life. In pouring my entire focus onto Carol, I shed my ego and discovered an internal peace through living the life of a humble man. In the end, we’d taken care of each other, and in the process, our marriage had reached a serenity we’d never imagined. We fell in love all over again.

In the end, Valentine’s Day isn’t all that bad. It’s just a yearly reminder to forget about yourself for a day and offer your significant other all the love you can. Take it from a guy who now wears his wife’s caged heart pendant around his own neck.

GEORGE SHANNON lays claim to the story behind The Best Seven Years of My Life, but he leaves the writing credit to his son Chad. George enjoyed success throughout his career as a sales and marketing executive. He applied those learned skills to navigating the healthcare system as Carol’s advocate. While George was taking care of Carol’s health, Carol was quietly showing the way to a humble and loving relationship. The entire experience transformed George’s approach to accepting himself as he is, the circumstances as they are, and those around him as they are. Humility and unconditional love were the result.

CHAD PATRICK SHANNON is a freelance writer, story consultant, and attorney. He has written articles, film scripts, comedy sketches, plays, and historical/legacy pieces, but he couldn’t have asked for a better subject for his first full-length book, The Best Seven Years of My Life.

In addition to his own writing, Chad consults with writers, attorneys, and healthcare organizations to develop story structure and narrative techniques. He has also written and directed three award-winning short films. He lives in Pittsburgh with his wife and creative better half, Catherine, along with their dog, Stella.

For more information, please visit www.bestsevenyears.com or connect with the authors on their Facebook page.